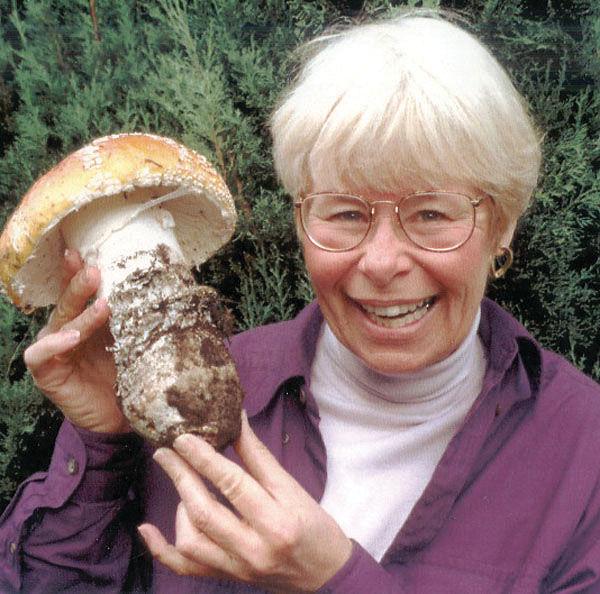 Several years ago I was chopping away at a bag of partially-frozen Boletus edulis and noticed that Cashew, the ancient cat, was twisting and twining around my legs and emitting his famous and piteous “give-me-food” meow. I supposed he was begging for a bite, since he assumes that anything on my cutting board is rightfully his. He quickly ate the three small pieces I gave him and continued whining for more.

Fearing for his life, or worse, a mushroomless spaghetti sauce, I put up with his pestering and gave him no more. From that day on, Cashew appears in the kitchen the minute I begin slicing, asking for his share.

His gourmet cravings soon spread to include oysters and morels, and he convinced his companion cat, Lewis, that ceps and oysters were a delicious and perfect cat treat. Independent and picky, however, Lewis always preferred oysters.

I talked to friends and relatives and found that many of their cats also beg for wild mushrooms, particularly Boletus edulis, and eat them without any problems. Since dogs will eat anything, I haven’t extended my inquiries to the canine world.

Cashew has settled down now and has trained me to know exactly which wild fungi he prefers. His favorite is still porcini sautéed, either fresh or frozen. He does not like them dried, although he will eat Risotto made with reconstituted Boletus. His second favorite is the oyster. Again, fresh or frozen. And he enjoys morels, fresh or dried, but does show a distinct preference for the golds. He does not like chanterelles, but says he might try lobsters the next time I find them.

Does your cat eat wild mushrooms? Let us know!