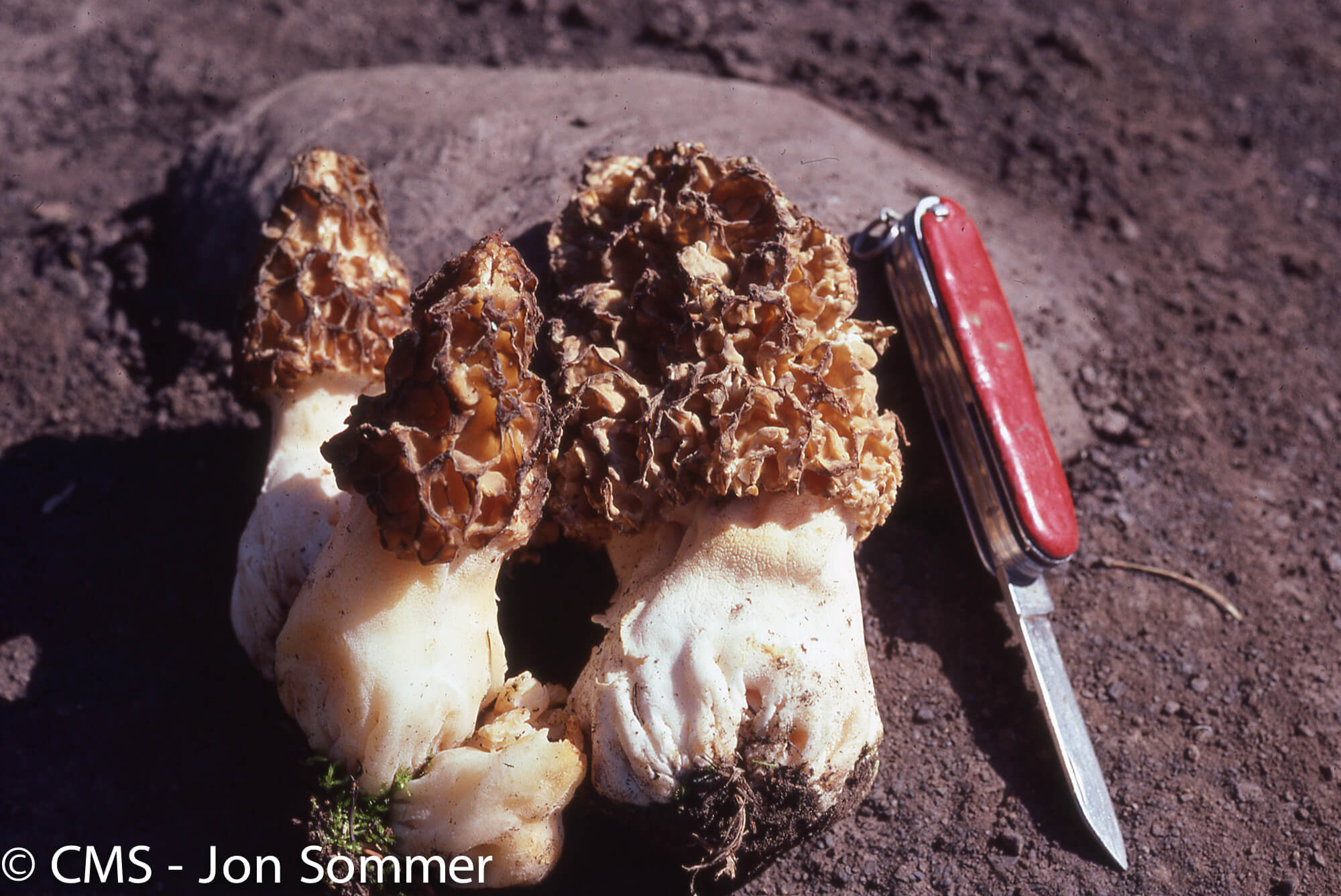 If, on a hike this spring, you see a group of people carrying baskets, speaking into walkie talkies, wielding knives and staring intently at the ground, have no fear.

It’s mushroom season here in the Rockies, and for shroomers, this means risking poison ivy, sunburn and twisted ankles in pursuit of the succulent fungi.

On a dry and sunny Saturday morning after a rare week of rain, Bill Windsor, the zen master of morels, leads about 40 members of the Colorado Mycological Society on their first foray of the year.

He has checked the signs (cottonwood leaves blossoming, Oregon grape in bloom, grass about 6 inches tall, poison ivy not leafed out) and determined this is the prime weekend for hunting the shy and delicate yellow morel that appears for about 10 days each spring.

For Windsor and others, morel hunting is a meditative hike through the forest as it awakens from winter.

As the group of beginners and veteran seekers gathers in Waterton Canyon southwest of Chatfield Reservoir, a bicyclist eyes the group of basket-toting mushroom enthusiasts and ask, “Is this an Easter egg hunt?”

Windsor leads the merry band into the canyon, as he explains what to look for:

“Keep your mind open and your eyes open for other things,” like asparagus, oyster mushrooms, mint and poison ivy, Windsor says, narrating the hunt like the hushed voice-over on a nature film.

He instructs them to look to the canopy for the lance-shaped leaf of the little-leaf cottonwoods that grow along streams. Then, look down to be sure you’re not in a poison ivy patch, or stepping on your quarry.

As it emerges from the damp winter earth into the bright light of spring, the morel embodies the Chinese concept of masculine light, heat and aridity, and feminine darkness, cool and damp. The reproductive body of a microscopic underground web, the morel is both male and female as it spreads its golden spores.

The crinkly beige morels range from thumb-sized up to 8 inches and camouflage themselves among fallen leaves and brushy undergrowth.

Looking for them is like trying to see the pattern in a 3-D puzzle.

“You gotta be right on top of it. It’s so easy just to walk by,” says Windsor.

The hopeful hunters fan out and the human chatter gives way to the buzz of grasshoppers and the crack of twigs until a whoop breaks the spell. Windsor blows his whistle to alert the group to the find.

Ed Lubow speaks into his walkie-talkie in Japanese, telling his wife about his find.

He learned his love of mushrooms from his grandmother, who hunted them in Wisconsin when Lubow as a child. When he met his wife while stationed in Iwo Jima, the couple found they shared a passion for mushroom hunting.

“It’s like if you fishing and get a hit on the line,” says the ex-Marine and unemployed computer programmer who likes to examine his finds under a microscope. “This is something I do for fun.”

As they gather around the wrinkled brownish morel, society president Chris Hardwick punches his location into his Global Position System receiver.

As if the munchkin mushrooms were sprouting up before our eyes, more morels become visible in the same area.

The hunt is on in earnest now.

Once the brain-coral appearance of the morel is imprinted upon the mind, it becomes easier to spot them — if they are there for the spotting.

There’s a rhythm to morel hunting. Look up, look down, take a step. It’s like the yoga Sun Salutation. Reach up to the sky, open the mind, bend to the earth and breathe deeply.

“Morel hunting is a very calming and stops the mind chatter,” says Windsor.

After the hunt, Norm Birchler leans against his truck and basks in the admiration of his fellow seekers as they examine the cache he carries in an old fishing creel. “Wow, that’s the king — Norm’s big one,” says a fellow hunter.

“I found some of these crawling on my hands and knees,” says Birchler, editor of the society’s newsletter, Spores Afield. He wears a T-shirt with botanic drawings of mushrooms and silver rung embossed with a silver-and-black Yin-Yang symbol on his thumb. Experienced hunters like Birchler apply the Taoist ideea of seeking by not seeking as they center their minds on an image of a morel.

Some hunters cu up their morels to examine them under a microscope. Others, like Windsor, cut them up with a clove of garlic for the frying pan.

Once the morel hits Windsor’s basket, “from there it’s just a matter of time before it gets into my throat.”

He apples the same mindfulness he uses on the hunt to the cooking.

“Morels are an amazing taste treat and should be prepared and served in the same mind set as used to find them during a foray. That mind set is one of concentration, purpose, appreciation and fun,” he says.

Use the best ingredients that you can obtain, Windsor advises. “Be mindful in your preparation and appreciative of the ingredients that will not only nourish your body, but are about to provide you with a fantastic flavor experience. Finally, be mindful and appreciative of those who are serving. Like morels, friends and family are difficult to find and should be savored.

Following in The Footsteps of Sam Mitchell